The things evolve quickly and we enter now in a concrete phase of the project since we must gather, test and pack the equipment which will be used on the island.

Right now, we received the masts which we will use for the VDA and verticals 80 & 160m. Thanks to Andreas DL9USA@ Spiderbeam for the preparation of the necklaces.

In Italy, M&P (Messi & Paoloni) builds our low losses coaxial cable which we will use on Tromelin. Due to the long distances imposed by the layout of the premises, it would have been a pity to use a classic coaxial which would have ruined our efforts of optimization. Let’s put all the chances on our side!

Vincent F4BKV began to build and test the VDA. It’s not his first attempt with this kind of antenna, however, more than ever, they must be quickly mountable and must be able to resist to the permanent breath of the winds on Tromelin. 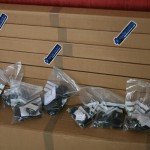 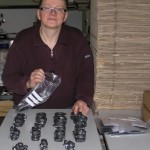 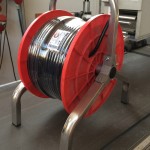 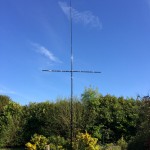