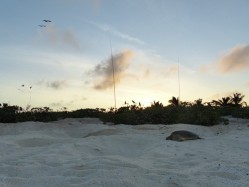 After a complete day to travel, we finally landed in Tromelin. We have been welcomed by the three TAAF agents; it was a great moment! After a good meal, some of us went to bed. Meanwhile, others spent all night working on the radio stations. In the early morning, more than 2000 QSO were in the log.

With just a few ground-plane antennas set-up before the night, signals were outstanding on high bands. We were aware that being active the first night on 160m would be ideal and we did our best to erect the mast before dark. This strategy was good because we have been able to log more than 200 stations on the top-band, most of which are from Europe and north America. We were using only our transmitting antenna to receive.

As we announced, all stations have been stopped this morning to focus on antenna work with the help of all the team members. This task was very difficult because of the heat and the strong winds. We still have a few antennas to install but we are already QRV from 160m to 10m on CW/SSB and RTTY. Until the end of the operation, we will keep at least 3 stations active around the clock but 2 more can be added at any time.

We did not have the time yet to explore the island but we have been able to see a lot of animal species. Birds are watching us peacefully and turtles come by at night to lay on the beaches. 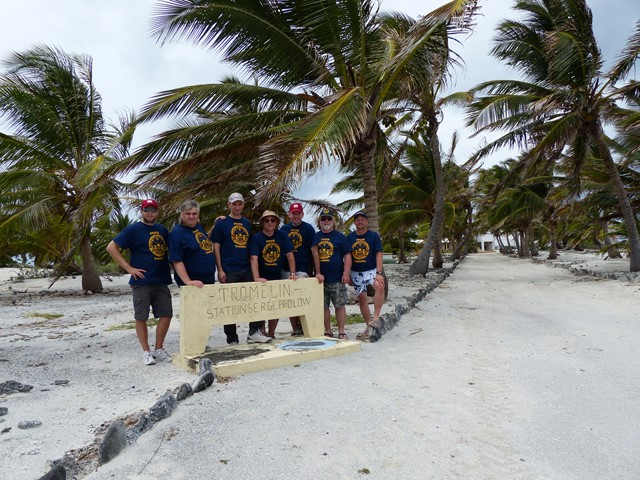